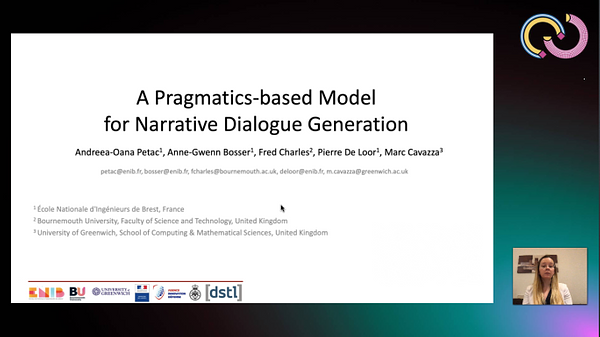 We describe a method and a proof of concept which allow the generation of rich and engaging dialogues between virtual characters from a formalised plot description. The structure of the dialogue generated borrows from inferential pragmatics, following the Geneva Model of discourse analysis, in order to provide realistic interaction between characters in the narrative. At a higher level, this discourse is organised following heuristics borrowed from narratology theory in order to elicit emotions linked to dramatic tension and thus favour narrative engagement. Besides enriching narrative generation systems embedded within simulation applications, our work also has the potential to be adapted to support engaging interactive dialogues between users and virtual conversational agents in narrative systems. 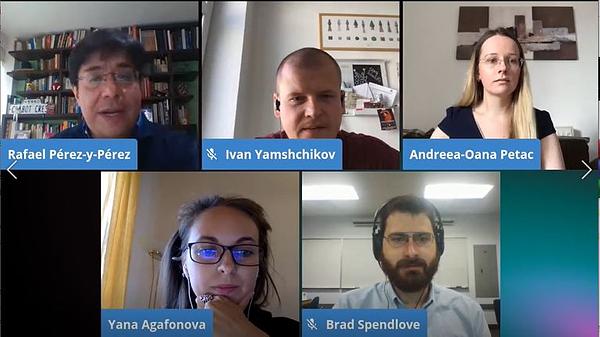