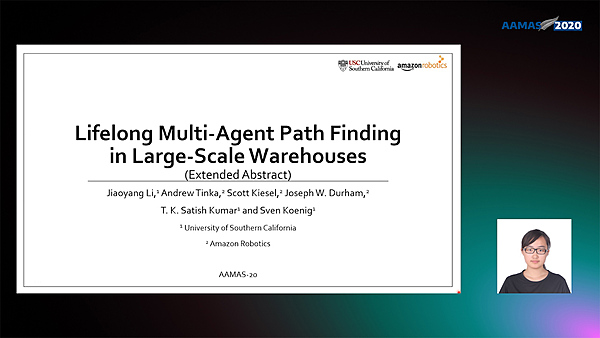 Multi-Agent Path Finding (MAPF) is the problem of moving a team of agents from their start locations to their goal locations without collisions. We study the lifelong variant of MAPF where agents are constantly engaged with new goal locations, such as in warehouses. We propose a new framework for solving lifelong MAPF by decomposing the problem into a sequence of Windowed MAPF instances, where a Windowed MAPF solver resolves collisions among the paths of agents only within a finite time horizon and ignores collisions beyond it. Our framework is particularly well suited to generating pliable plans that adapt to continually arriving new goal locations. We evaluate our framework with a variety of MAPF solvers and show that it can produce high-quality solutions for up to 1,000 agents, significantly outperforming existing methods. 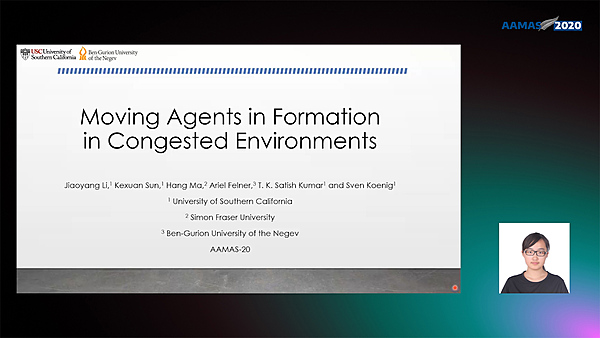 In this work, we formalize and study the Moving Agents in Formation (MAiF) problem, that combines the tasks of finding short collision-free paths for multiple agents and keeping them in close adherence to a desired formation while they are moving. We develop a two-phase search algorithm, called SWARM-MAPF, whose first phase is inspired by swarm-based algorithms (in open regions) and whose second phase is inspired by multi-agent path-finding (MAPF) algorithms (in congested regions). In the first phase, SWARM-MAPF selects a leader among the agents and finds a path for it that is sufficiently far away from the obstacles so that the other agents can preserve the desired formation around it. It also identifies the critical segments of the leader's path where the other agents cannot preserve the desired formation and the refinement of which has thus to be delegated to the second phase. In the second phase, SWARM-MAPF refines these segments. Theoretically, we prove that SWARM-MAPF is complete. Empirically, we show that SWARM-MAPF scales well and is able to find close-to-optimal solutions.