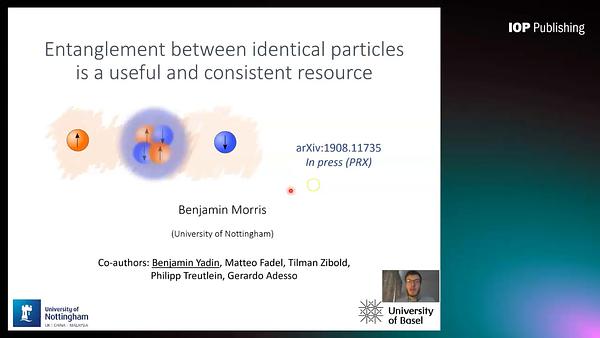 Entanglement between identical particles is a useful and consistent resource 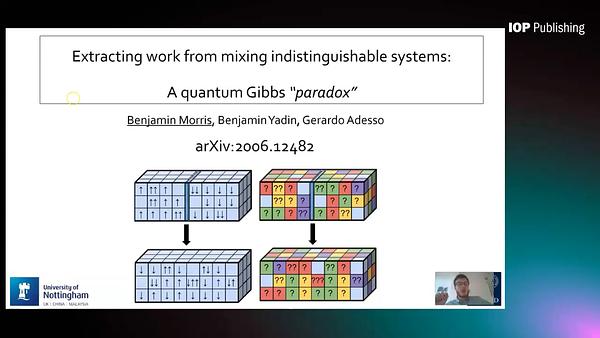 The classical Gibbs paradox concerns the change in entropy upon mixing two gases. Whether or not an observer assigns an entropy increase to the process depends on their ability to distinguish the gases. A resolution is provided by realising that an ignorant'' observer, who cannot distinguish the gases with devices in their lab, has no way of extracting work by mixing them. Moving the thought experiment into the quantum realm, we reveal new and surprising behaviour. We show that the ignorant observer can in fact extract work from mixing different gases, even if the gases could not be directly distinguished. Moreover, in a macroscopic limit that classically recovers the ideal gas from statistical mechanics, there is a marked divergence in the quantum case: as much work can be extracted as if the gases had been fully distinguishable. Our analysis reveals that the ignorant observer assigns more microstates to the system than are found by naive state-counting in semiclassical statistical mechanics. This effect demonstrates the importance of carefully accounting for the level of knowledge of an observer, and its implications for genuinely quantum modifications to thermodynamics.