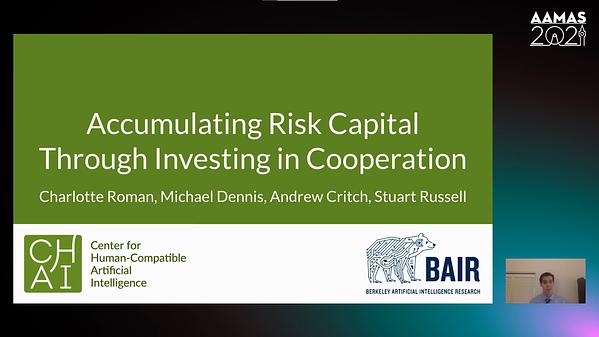 Recent work on promoting cooperation in multi-agent learning has resulted in many methods which successfully promote cooperation at the cost of becoming more vulnerable to exploitation by malicious actors. We show that this is an unavoidable trade-off and propose an objective which balances these concerns, promoting both safety and long-term cooperation. Moreover, the trade-off between safety and cooperation is not severe, and you can receive exponentially large returns through cooperation from a small amount of risk. We study both an exact solution method and propose a method for training policies that targets this objective, Accumulating Risk Capital Through Investing in Cooperation (ARCTIC), and evaluate them in iterated Prisoner's Dilemma and Stag Hunt. 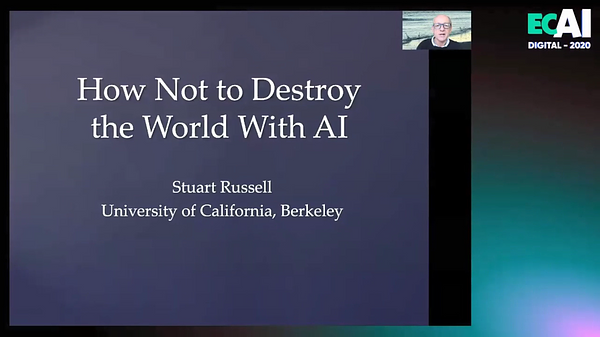 Plenary talk: How not to destroy the world with AI

I will briefly survey recent and expected developments in AI and their implications. Some are enormously positive, while others, such as the development of autonomous weapons and the replacement of humans in economic roles, may be negative. Beyond these, one must expect that AI capabilities will eventually exceed those of humans across a range of real-world-decision making scenarios. Should this be a cause for concern, as Elon Musk, Stephen Hawking, and others have suggested? And, if so, what can we do about it? While some in the mainstream AI community dismiss the issue, I will argue that the problem is real and that the technical aspects of it are solvable if we replace current definitions of AI with a version based on provable benefit to humans.